Home » Uncategorized » How to improve our presidential elections

How to improve our presidential elections 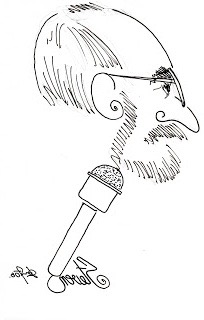 When you live in Iowa during the quadrennial presidential campaigns, it’s nearly impossible to leave your home without tripping over a candidate for the White House.

There was a flock of Republican hopefuls traversing Iowa in 2015 until the precinct caucuses in 2016. Yes, Iowa is the first state in the union to vote on the presidential wannabes. So you have to make your mark here if you hope to sit behind the desk in the Oval Office.

So far this year the Democratic aspirants have visited Iowa 600 times and The Des Moines Register predicts that we may see almost 2,500 visits by this gaggle before next February 3.

To date there are 791 declared presidential candidates.  Most of them have virtually no chance to be elected.

The 20 leading candidates for the Democratic Party nomination will square off in two back-to-back debates July 30 and 31. These folks are the only ones with serious prospects of carrying the party’s flag into the general election in fall 2020.

It’s not surprising then that some of us ask if the presidential campaign lasts too long and if there are too many candidates?

The British news magazine The Economist yesterday argued that America, in fact, fields too many hopefuls and suggested ways to reduce the number.

Is the campaign season too long? Yes. Several candidates including President Donald Trump declared their candidacy for the 2020 election as early as 2017. That’s way too soon.

Do we have too many candidates? No.

November–No persons should be permitted to register as presidential candidates with the Federal Elections Committee (FEC)  until one calendar prior to the next election. That would be November first of this year for the 2020 vote.

That means no official campaign news conferences, no campaign visits across the country and no political ads or commercials.

This would not bar any likely candidate from testing the waters unofficially—including attending the August Iowa State Fair, pressing the flesh and tasting every one of the 82 “food on a stick” munchies this year.

The hopefuls just couldn’t declare their candidacy or promise what they would do as president.

February of election year—Iowa can retain its first-in-the nation status with our quaint but anachronistic precinct caucuses. Although Iowa is not representative of America, presidential wannabes could still trek through the 99 countries trying to persuade the few thousand people who show up on a cold winter night to decide the candidates’ fate.

And New Hampshire can keep its February primary, too. The new calendar, however, should reduce the number and frequency of candidate sojourns.

Spring primaries—Hold four Super Primaries in March, April, May and June for the remaining 48 states.  Each month would comprise 12 states.

The delegates from each state to the Democratic and Republican Conventions would be the same ratio as the primary voting results.

For example, California will send 495 delegates to the Democratic convention next summer.  If in the California primary election Kamala Harris received 54 percent of the vote and Joe Biden garnered 46 percent, then the preferred delegates for Harris would be 267 and delegates for Biden would be 228.

These would be preferred delegates; they would not be bound to vote for either candidate.

All delegates elected during state primaries would be preferred delegates—none would be legally bound to any candidate.

Likewise, there would be no super delegates pledged to a specific candidate.  That rigged system was a disaster for the Democrats in 2016.

These national conventions would return to their historical role of actually choosing the party’s presidential nominee—not simply rubberstamping the results of state primary elections.

Reducing number of candidates—Despite the large number of GOP presidential contenders in 2016 and Democratic hopefuls this year, both major parties devised methods for reducing the number of candidates appearing in nationally televised debates.  And America’s voters further winnow the field in state caucuses and primaries.

My plan will shorten an excruciatingly and unnecessary long presidential campaign season. But it retains the fairness of the vetting process while assuring every eligible voter a voice in the system.

Like Loading...
By scoon42 in Uncategorized on July 26, 2019.
← The bogus threat of Climate Change Improving the game of football →