Home » Uncategorized » Personalities and politics on the world stage

Personalities and politics on the world stage 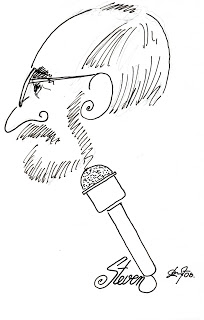 We near the dawn of a potential new world order. On January 20, Donald Trump is scheduled to take the oath as the next president of America.

His public pronouncements suggest a more bellicose approach to world affairs than his predecessor. If Mr. Trump’s rhetoric is an accurate barometer of his foreign policy intentions, we are entering an era where the world’s three major powers will be in the hands of strong-willed men with  real or perceived authoritarian inclinations—Donald Trump, Russian leader Vladimir Putin and China’s president Xi Jinping.

Such leaders—and their willingness to pursue international adventures aggressively—could roil to the current international order as each man pursues tough diplomacy including possible military options in their aspirations of regional hegemony.

President-elect Trump’s choice of oil executive Rex Tillerson to be Secretary of State has been received positively by Russia. Tillerson has friendly ties with Moscow and his selection is viewed by many observers as a signal that Trump seeks a warm relationship with Putin and a relaxation of tensions between the two nations.

Yet, Russia’s brazen annexation of Crimea and role as power broker in Syria are well documented and should concern the White House.

Meanwhile, there are hints that China is evolving toward a  more autocratic regime as  President Xi Jinping moves to consolidate his control of the Communist Party and shape the government to his liking.  This in turn could embolden Mr. Xi’s expansionist designs in the South China Sea.

China’s evolution may challenge  Mr. Trump’s yet-to-be clarified goals in Asia and the role of his Ambassador-designate to Beijing Iowa Governor Terry Branstad.

Governor Branstad has a long friendship with Xi Jinping from years of negotiating agricultural trade agreements.  But unlike  Mr. Tillerson’s extensive work in Russia, Mr. Branstad possesses little expertise on China’s other national and international policies.

Campaign speeches, interviews and ubiquitous tweets suggest that  Mr. Trump will favor strong diplomatic initiatives from the Oval Office rather that rely on his representatives in U.S. embassies around the world.

President-elect Donald Trump’s choices for top diplomatic posts hint at friendlier ties with Beijing and Moscow.  But the strong personalities at the helm of their respective governments inevitably will determine the course of diplomacy and future world events.  Recent rhetoric and actions are reasons for more concern than confidence.