The release of Alan Gross and the recent transfer to Uruguay of suspected terrorists held in Guantanamo Bay certainly hint at improved ties between Washington and Havana. 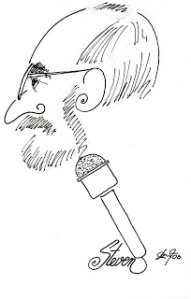 The diplomatic isolation of and financial sanctions against Cuba have been in place too long. Havana no longer represents the international threat it did when the Communist state was actively fomenting revolution abroad and supported financially by Russia.

For decades thousands of Cuban refugees in the U.S. have secretly bypassed and undercut U.S. financial sanctions against Raul Castro regime by publicly denouncing the Communist government yet secretly funneling U.S. dollars to relatives still on the island.

By easing tensions between the two nations, a new relationship between Havana and Washington would reflect the realities of 2014.

This decision by the United States is long overdue.

Like Loading...
By scoon42 in Uncategorized on December 17, 2014.
← License Plates and the Confederate Flag Finally, I can relax →