Home » Uncategorized » Health Care Should Focus on Quality Not Cost

Health Care Should Focus on Quality Not Cost 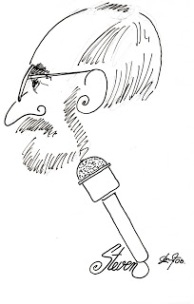 When Barack Obama introduced his promised health care reform proposal in June of 2009,  I supported the idea for several reasons.  Not the least of which was the prospect of better medical treatment for millions of American residents who desperately needed it then–and still do now four years later.

However, the health reform debate in Congress produced the Affordable Care Act (ACA), which skirted the critical need of  improved health diagnosis and delivery.  Instead the legislative discussion focused on who was going to pay for our current  health care system and how much.

There is no doubt that researchers in America lead the world in medical discoveries and innovation.  Work with stem cells has the potential of curing disease and repairing organs. New HIV Cocktails have increased the ease and effectiveness of treating AIDS.  Targeted cancer therapies promise to more accurately pinpoint cancer cells and avoid collateral damage to healthy cells from radiation and chemotherapy. Laproscopic surgery speeds recovery from such procedures as appendectomies and gallbladder removal by avoiding more invasive traditional operations.

Some Americans do have access to these technological innovations and laboratory discoveries,  but too few do.   Only the very wealthy can afford this  “boutique care.” The rest of us–even if we already have health coverage—can’t pay the additional thousands of dollars that our insurance plans won’t touch.

As a result much of  our medical science does not reach the people who need it.  Many countries that lack America’s scientific expertise, in fact, actually provide better medical treatment and have healthier citizens.

The United States is behind 45 other nations in quality of health care according to an August article by Bloomberg based on data from several international organizations.   Only Brazil and Serbia are  worse.

A report by the Commonwealth Fund in June places the United States health care system last among her European peers in cost, quality, efficiency and fairness.

The National Research Council and the Institute of Medicine note that Americans are in poorer health than the residents of 16 other countries.

These disappointing findings are no surprise to American medical professionals.  Two physicians I consulted said the reasons are simple—current financial reimbursement procedures and monetary inducement.  As one put it, “Medical school, military, and a few other venues may still emphasize the focus on the patient but even the Medicaid patient population is still subject to considerations as to what is the cheapest treatment we can do for the patient and still have it be a shadow of current standard of care.”

Many physicians are pressured  by their employers to see as many patients a day.  This may maximize company profits but it reduces the quality of patient care.  A second doctor noted, “There is great dissatisfaction by the public with the seven-minute office visit scheduled by business managers for physicians to see a certain number of patients per day.”

Doctors also argue that fear of litigation is a major factor in boosting health costs.   “The ‘cover your ass’ approach to evaluating patients plays a huge role since all physicians have trained and worked in an environment that teaches us to fear the lawyers above most other things.”

As a result,  medical professionals often order expensive, unneeded tests and procedures.  “We all are very impressed with new and expensive technology, even in situations where it has no proven value.  Fixing this mindset would entail changing the very culture of the medical community as well as creating a population that believes and trusts them to do the right thing, even if it means not getting a CT scan for every headache.”

What’s the answer:  Obviously we have to reduce the cost of health delivery while increasing quality of care.  Everyone from insurance carriers, hospitals, physicians and patients themselves should be more concerned with what is the best treatment rather than how much it costs.

As long as insurance companies with an eye on the bottom line dictate cheaper treatment rather than a more medically sound procedure,  Americans will continue to receive second-class care.

As long as  medical professionals practice defensive medicine by ordering expensive unnecessary tests to avoid possible malpractice litigation,  the cost of care will increase but not the quality.

As long as some Americans continue to smoke, abuse drugs, eat poorly and avoid exercise,  the rest of us will subsidize their unhealthy lifestyle by paying higher insurance premiums.

And as long as there are some residents live in remote, rural communities that lack the same level of technology and expertise available in urban centers, America will continue to suffer chronic inequitable treatment.

The Affordable Care Act—once it begins to work—may be a necessary step toward  assuring more Americans have health insurance.  But, regrettably, universal coverage does not mean universal quality.

Until we are serious about diagnosing and treating the underlying causes of our health care problems,  Americans will continue to lack the quality of treatment they deserve.  Care that other nations already provide.

Like Loading...
By scoon42 in Uncategorized on November 27, 2013.
← Fixing the BCS. There has to be a better way. Fulbright Scholarship-Blog 1 →